“This is gold mining. You love ALL of it, or you love NONE of it!”

These were my husband’s words to me when he noticed the color drain from my face as 14 thousand pounds of bulldozer came slamming down on the tilt trailer.  He was teasing, but he’s not wrong.

I absolutely love the spring. I love dreaming about what we might accomplish this year at the mine.  I love seeing the first leaves come out on the trees.  I love seeing how the river has changed.

I don’t particularly enjoy hauling all our equipment down winding mountain roads 70 miles from our home.  The price of getting to mine in the National Forest is that everything has to be removed at the end of the season, and staged again in the spring.  So we pay that price. 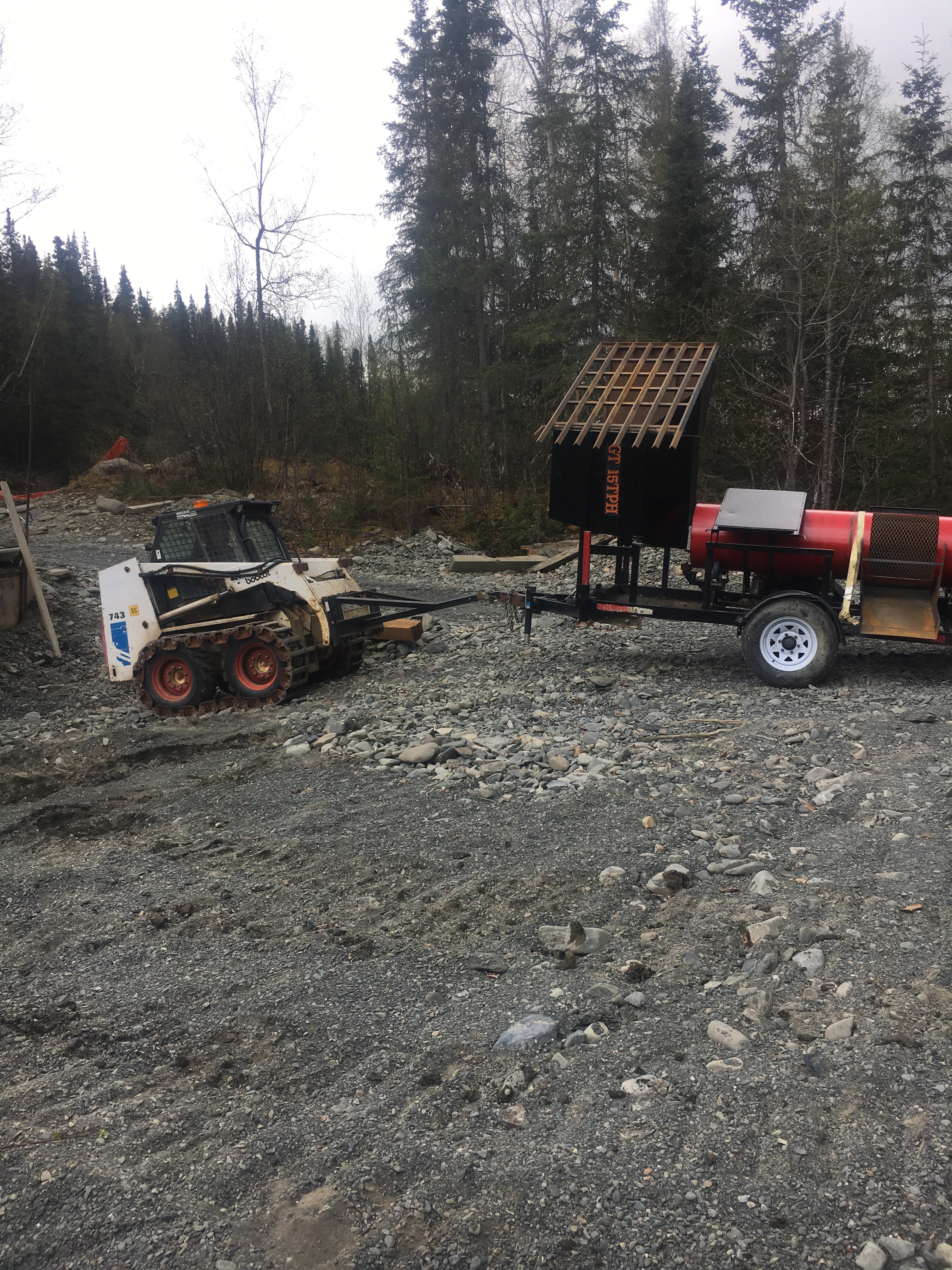 But we survived, we got all the equipment there. Then it was time to stage the trommel, muck out the settling pond, unroll the hoses.  Getting the level right on the sluice box and trommel is always an exercise in trial and error.  “Where is ____ tool?”  “Did you remember the ______ .” 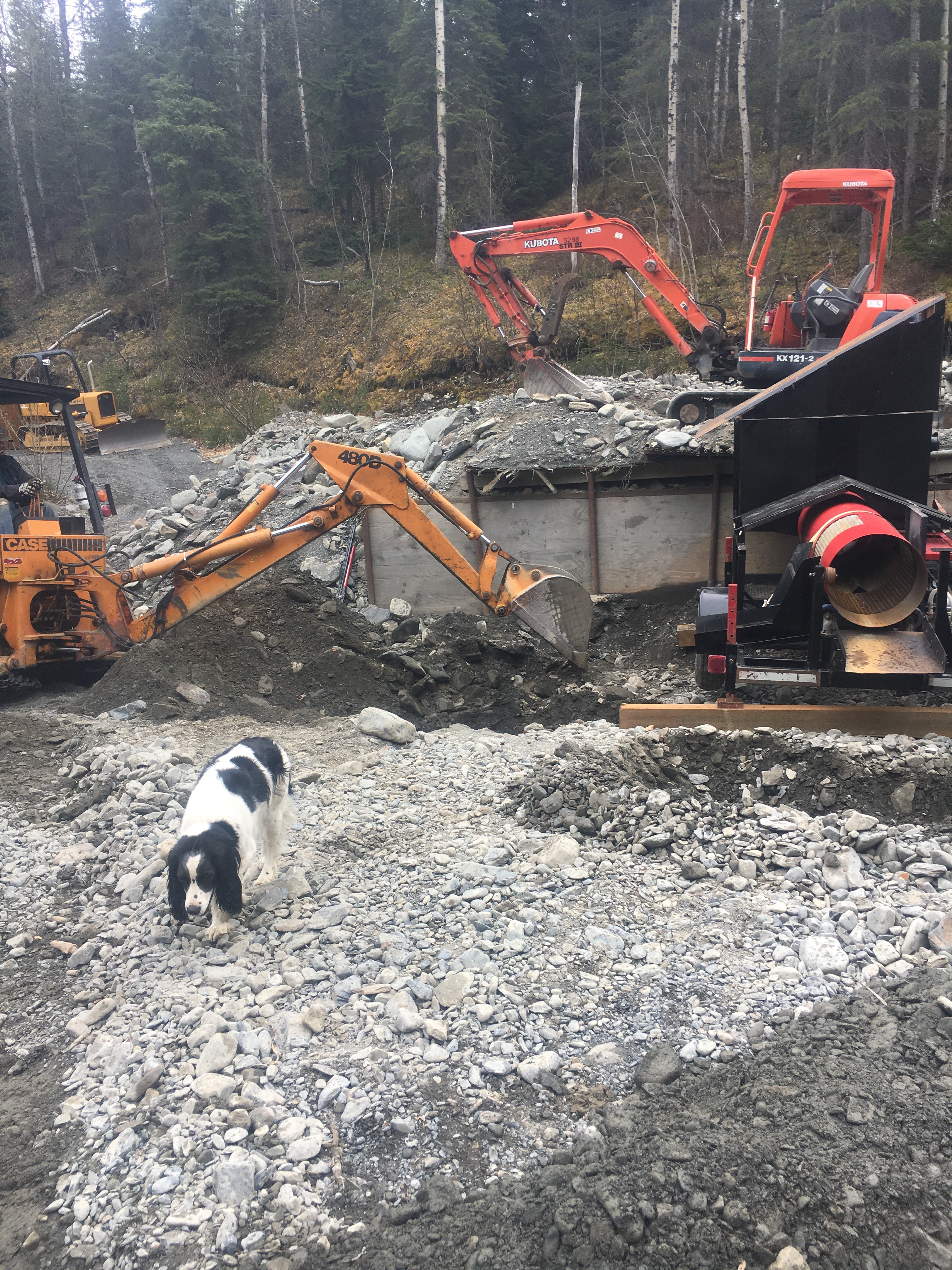 There’s nothing like when that first water comes down the sluice box.  That’s when, in my mind anyway, it’s really mining season. 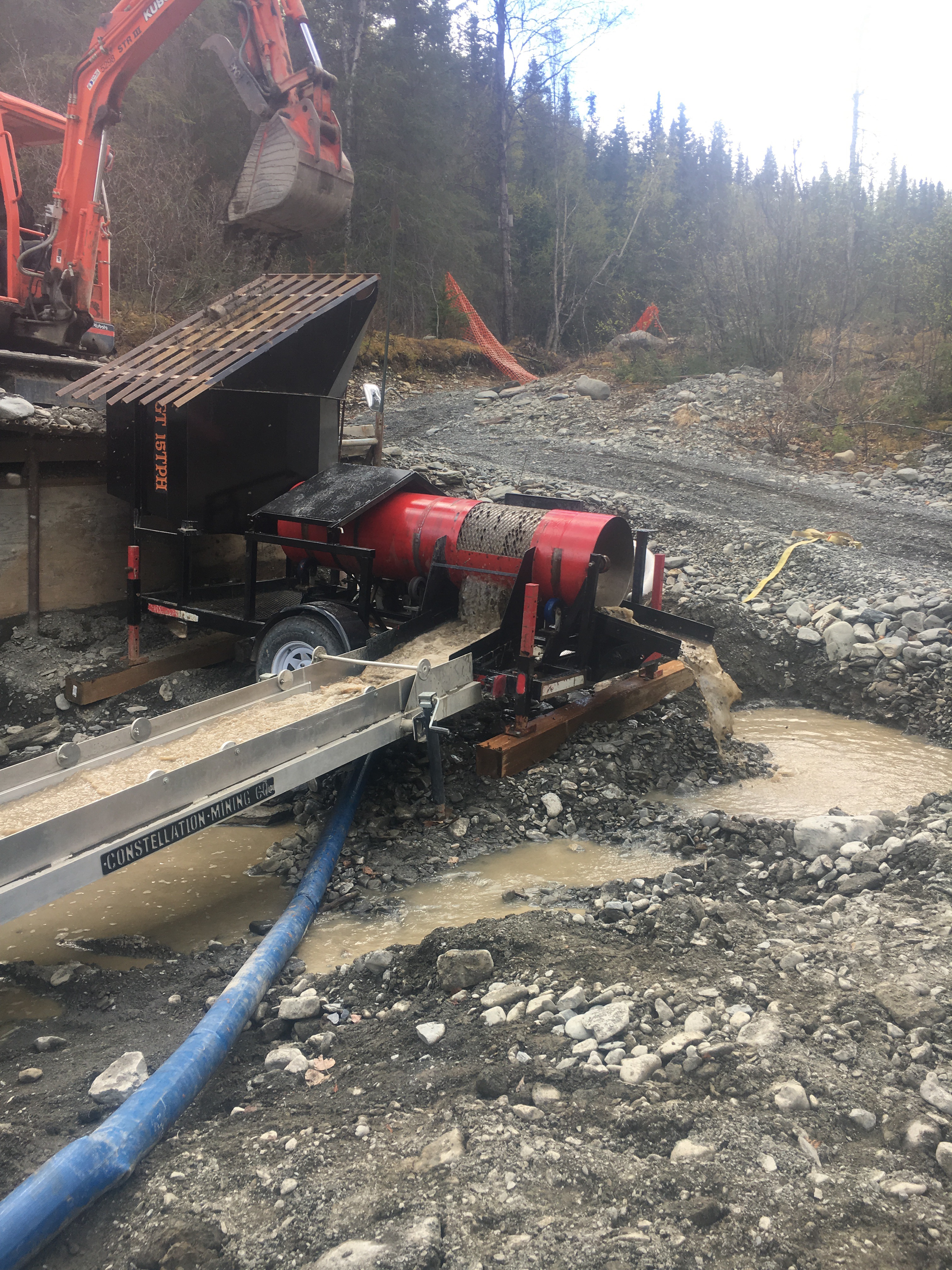 We got the water going, the only thing left to do was run some dirt.  We had our friend the welder make some plumbing changes to the trommel, and it seems like it’s really going to make a huge increase in our production.  The trommel processed the material as fast as I could feed it.  I never once had to use my trusty 2×4 to push a rock through the hopper, or get off the excavator to undo a jam. 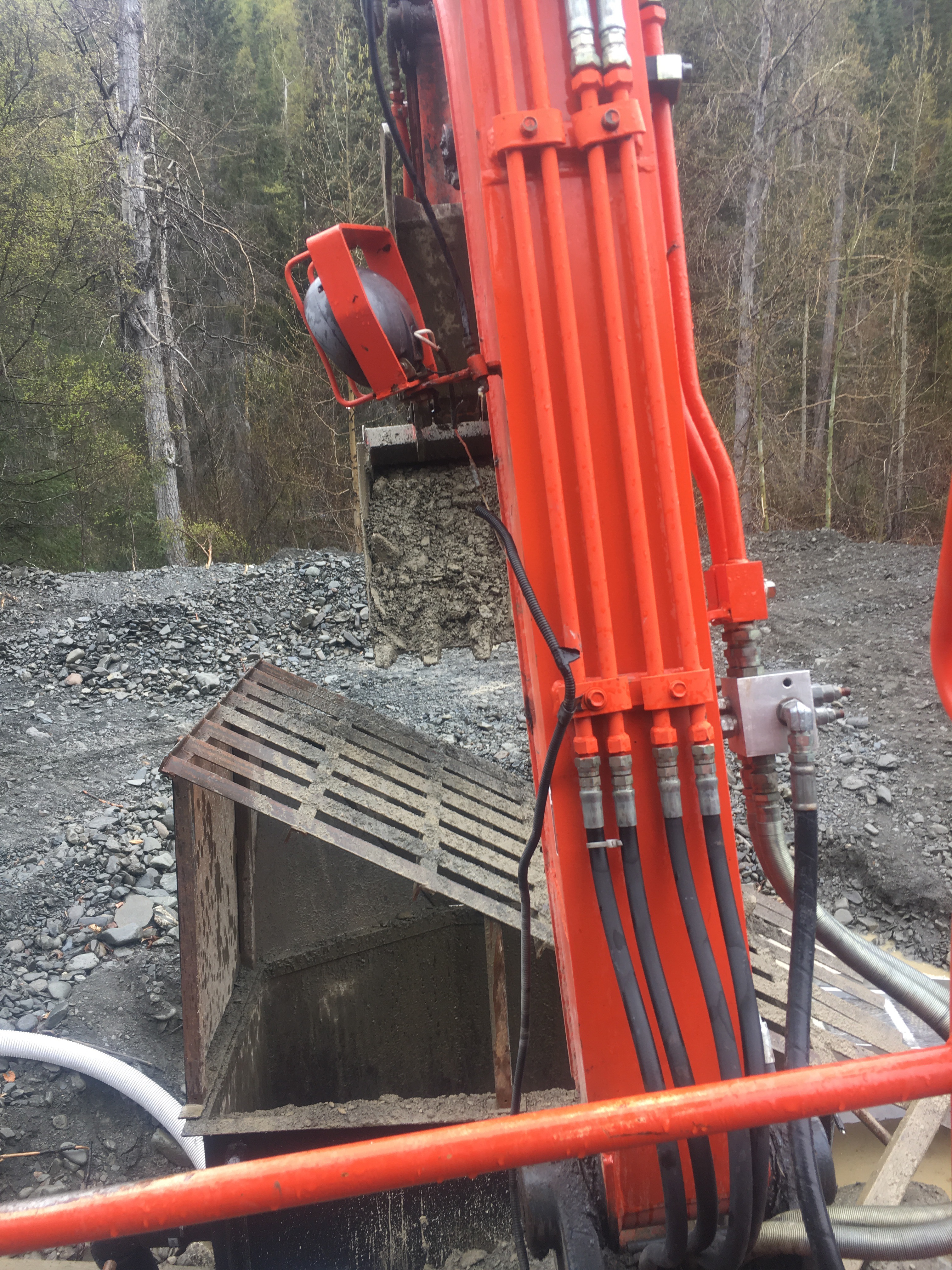 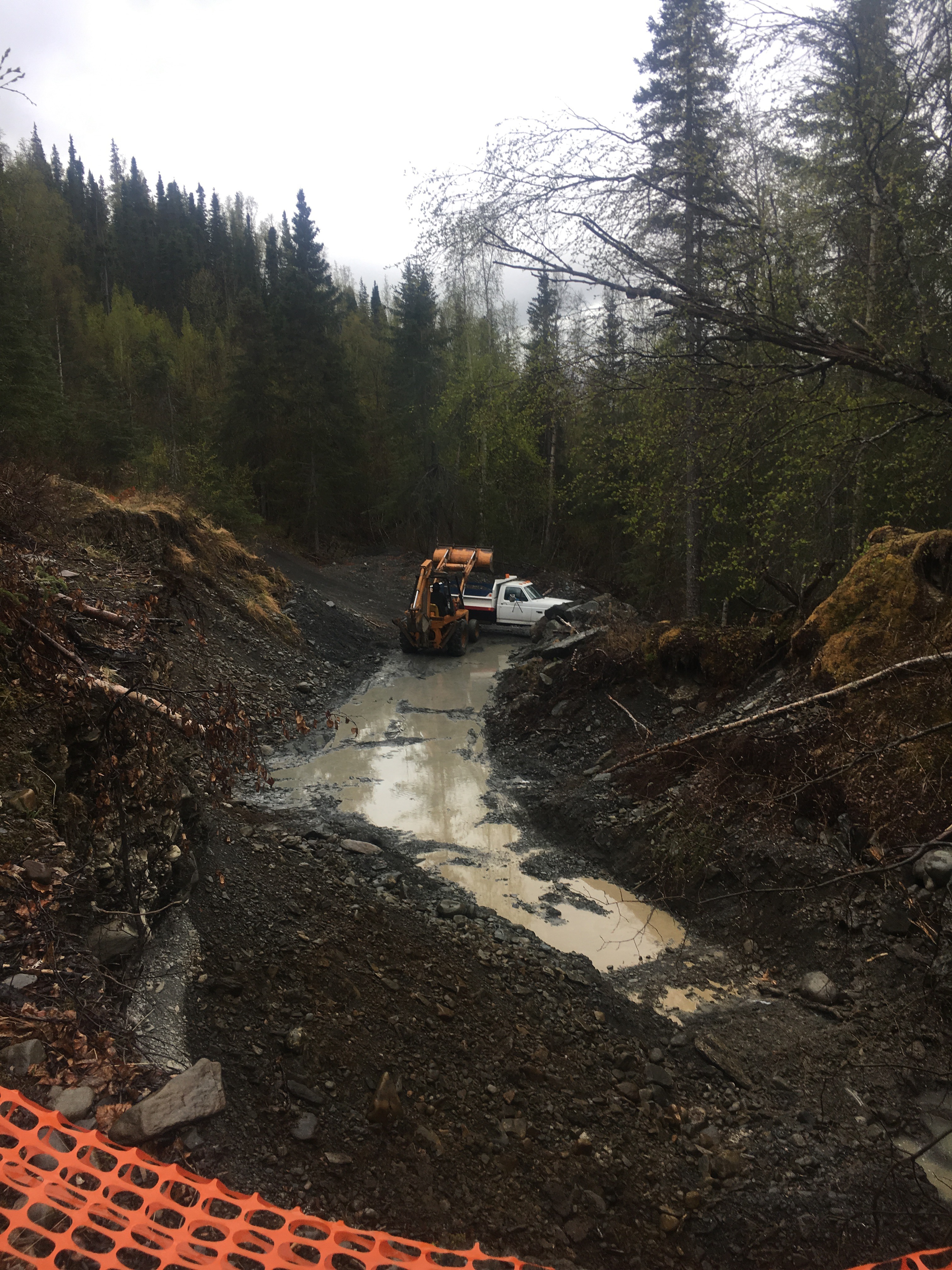 We decided to call it for the evening. We enjoyed the first campfire of the year. 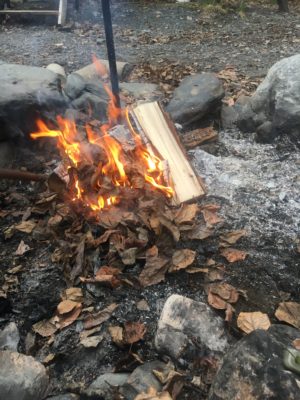 The next morning, we loose the pump seal, and everything stops.

I don’t care how big your mining operation is, how shiny and new your equipment, it can still come to a grinding halt over something as simple as an o-ring.  And so it did.

This is gold mining.

And I love it.

“The mountains are calling, and I must go.” –   John Muir 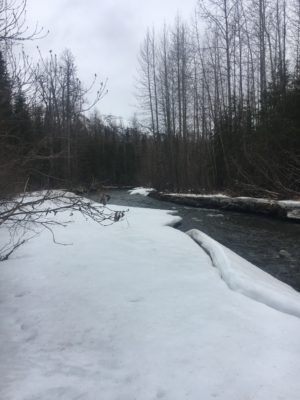 Welcome to the start of the 2017 Alaska mining season!  To those of you just joining our story, we are a family of gold miners from Alaska.  For some reason that I will never understand, folks like to hear about our trials and tribulations while trying to dig our fortune out of the ground.  For those of you who have followed us in the past, thanks for tuning in again!

I understand what Muir was saying about the call of the mountains – I’ve been hearing it for some time, though the snow didn’t seem to be cooperating.  Thankfully though, Spring is finally upon us and its time to start setting up.  First piece of equipment – the recently repaired backhoe- is on site. 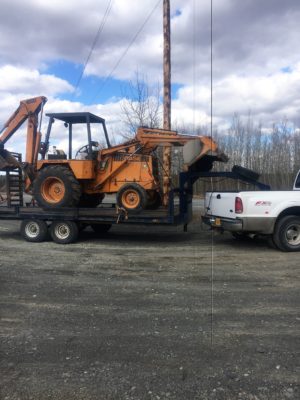 While there is still snow in places like the creek – there are some signs of Spring – we even found a patch of violets. 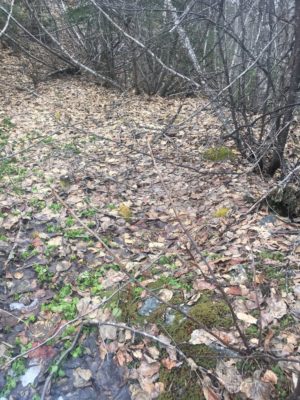 The camp looks pretty lonely right now, looks like we shouldn’t have left our supply tent up (we lovingly call it the taj mahal) I guess we had a big snow load here this winter! 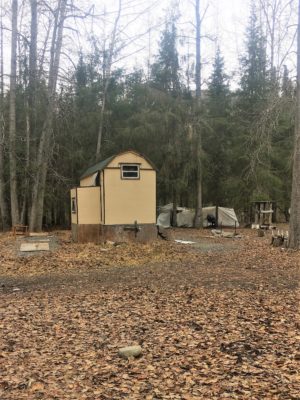 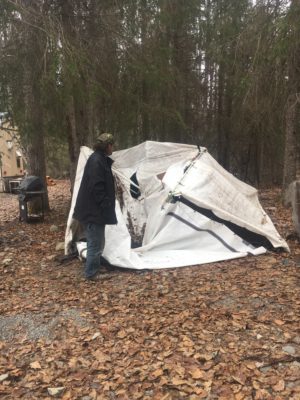 The dog couldn’t resist a wallowing in the settling pond.  We’re not the only ones excited to be back at the mine! 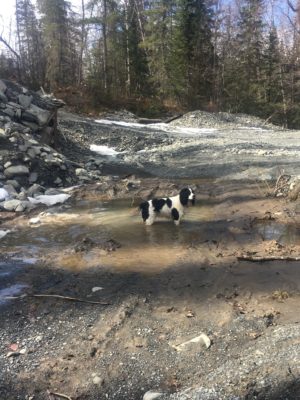 Both our new and old dig sites are not quite thawed out, but that is ok, as we still have a bit of staging to do.  You may remember that last year we had a magnetometer survey done to help us find that “good pay”  and we are really looking forward to following up on one of the “hot spots” from the survey and seeing what kind of values are there.  This spring I can tell you why there is most likely good gold there – the water is just pouring out there, draining from up on the canyon rim.  You can literally hear the water trickling down. 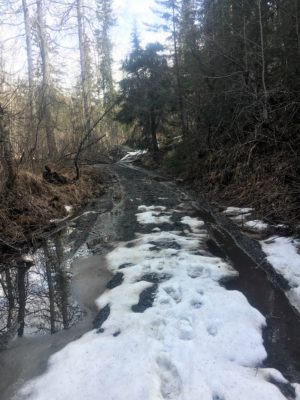 We now have a newsletter!  If you’d be interested in receiving blog posts and promotions to your inbox – please feel free to sign up.  You’ll get a conformation email – be sure to check the Junk folder. 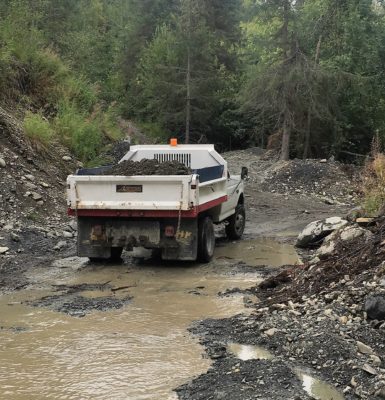 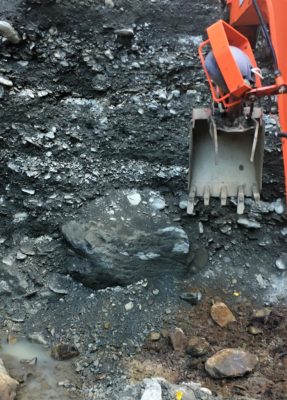 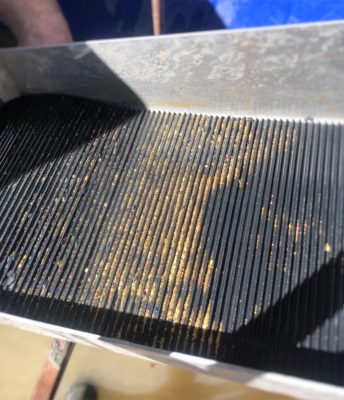 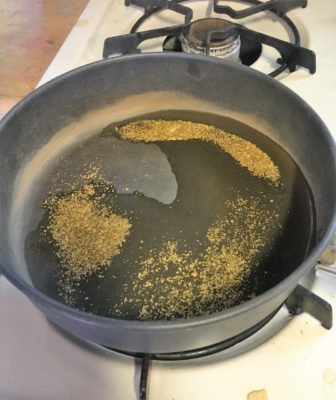 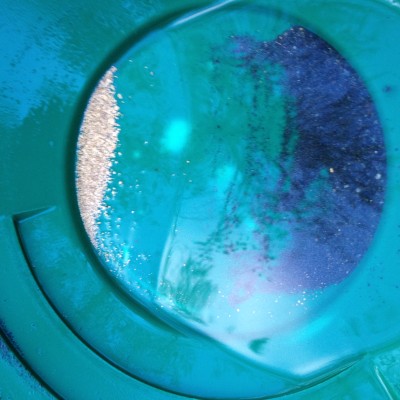 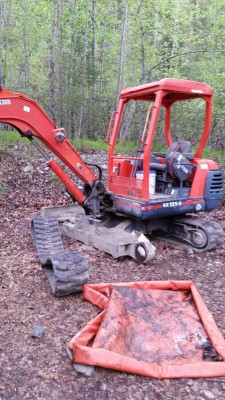 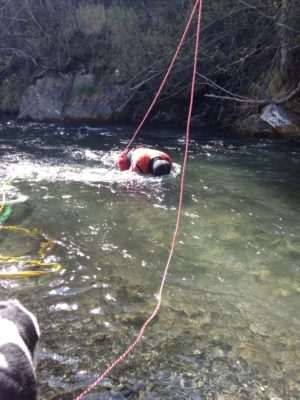 Things going well here. Nice little picker we got the other day. Nice of the mosquito to pose for reference. I think we have discovered through test hola that we have a depression in the bedrock ahead of us. Old waterfall maybe? Only problem is the only safe way to get the loader in there is dig from where we are. May as well process the dirt while we are at it.

All has been going pretty well. We keep breaking the pull strings on the pumps for some reason, but we can deal with those kind of fixes.

Temporarily suspending new dirt of the month subscriptions. Due to travel restrictions and the inability to get to our paydirt supplies, we don't want to promise what we may not be able to fulfill down the road. Dismiss